So I didn't get the vacuuming done this weekend (I'll do it tonight). I did get some awesome jam made, went to the gym, and took the kids to a movie. I'm now very sore, tired (thank you neighbors, for gabbing on the balcony until well after 2am - right outside my bedroom window!) and wishing I could have a nap, but I feel pretty good about all I got done.

Tonight's plans are going to be a bit more mellow. I might make some soup for dinner (vegetable cocktail base, baby bok choy, a small turnip, an onion, and some canned corn and frozen peas) with sausages, and we'll get the vacuuming done & put some laundry in. But other than that, I plan on relaxing, knitting, and going to bed early. I do have to put some strawberries through the blender to make some fruit leather (they'll go bad if I don't) for the kids, but that's a 5 minute job! (note to self: remember to put either plastic wrap or waxed paper on the tray, or you'll NEVER get the stuff out of there!)

I really wish I could take next week off to head to Chicago, but it's my first week flying solo at work, and my boss has already set a meeting with me (apparently I have to go to DC for training in October). Why can't I be independently wealthy and have a private plane jet me down there whenever I want some cuddling? Oh yeah... one must EARN the independently wealthy bit... ;) Working on that! (note to self: check lottery tickets).

On the knitting front, I am SO excited about my new project. It's small, it's fiddly, and it's a steep learning curve for me (hint: I'm knitting SOCKS) but I can't show you just yet, since it's a test-knit for a friend. Sock the first is coming along nicely though. :) Maybe I'll make it through the 2nd pattern repeat this evening. I'm a bit sad that I've run out of CSI Miami to watch (no more Horatio.... whatever will David Caruso do with himself now?) so I'm currently on a rewatch of the first season of Glee (yes, I like Glee). I might get an episode in this evening, I might not. I'm kind of "meh" about the whole thing.

Ooooh remember that movie I said I took the kids to see? We went to see Brave. See it. See it again. Best Disney film I've seen in YEARS. SEE EET. I'm going to go back to feeling lazy and sore now LOL 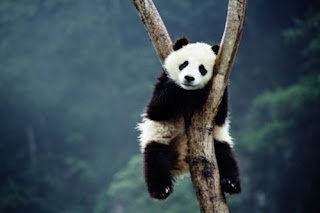