I've been away for almost two weeks again, but I haven't had much energy for blogging lately. First a rather lengthy battle with strep throat, and then fun with a lymph node infection. I slept a lot. And had two different types of antibiotics. My stomach is still trying to get back on track.

Last weekend, Kari and I made some strawberry rhubarb jam and some plain strawberry jam, both from the Bernardin Guide to Home Canning book (circa 2009 I think?). I didn't use nearly as much sugar as the recipes called for, nor did I take any pictures. I was pretty wiped out by the time we got around to the jam-making, and I just wanted to get it done and go home.

I'm trying to get my place cleaned up a bit (both at home and at work) in preparation for the nine days I'll be away starting on Friday. I think I'm going to have an early bedtime tonight so I can rest up in preparation for the long drive! We're going to spend 9 days in Chicago with Rob (sadly, without his boy, who will be fishing with his grandparents in Canada.) So far, there are plans to visit the Field Museum of Natural History, the Art Institute, and possibly the Shedd Aquarium.

Knitting has been going fairly well - the vanilla socks and the crocheted baby blanket are THIS CLOSE to being done (I have a tiny bit of foot left to knit and the toe decreases on the sock, and I'm within a couple of rows of binding off on the baby blanket). I'm bringing a few long-standing projects to Chicago with me, although I can't guarantee how much knitting time I'm going to get. 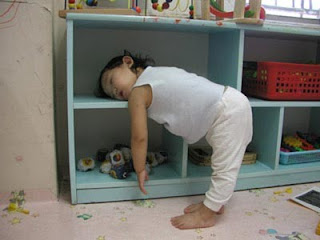 
So today, I trucked half my kitchen over to my friend Kari's house, and we got to jammin'. The plan was to make a batch of black cherry jam for Rob, since it's his favorite and the kids and I are going down there at the end of the month for a visit. I couldn't, however, find the big bag of cherries I know I froze last summer. I found a huge bag with just a few cherries in the bottom. I'm thinking that my kids have perhaps been sampling the cherries since I tossed them in there. So what to do? Well, I found these in my fridge: 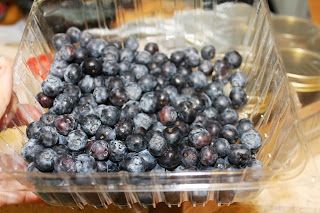 Cherries... blueberries... they could go together, right? And so they did. 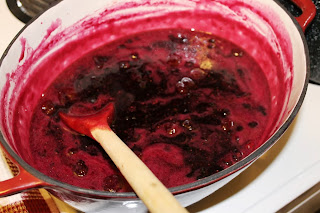 Sooooo good! And then, because it's not really worth it to drag EVERYTHING over to someone else's house for one batch, we made some kiwi daiquiri jam too. 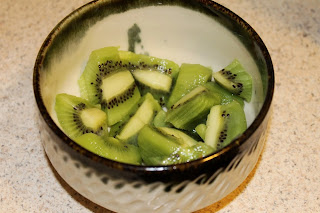 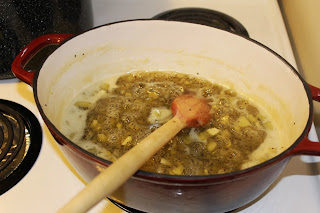 And now, now I have this: 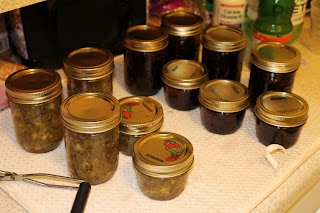 Both recipes, by the way, were adapted out of the Bernardin Home Canning Guide.
Posted by Lynne at 9:01 PM 1 comment:

And we're back in action!

Damn, son. Strep throat sucks. I'm on day three of antibiotics and it still feels like someone is jabbing something blunt into the roof of my mouth with considerable pressure *sigh* It'll get better :)

I've been itching to make some jam or pickles or SOMETHING, but I need to sort out my kitchen before I can start canning for the summer. I want my new stove, dammit, and I need to de-clutter the apartment so I can have the damn thing brought up. I also just want less STUFF in my house. I've come up with an idea or two to ensure that the yarn will no longer be taking over my house and will all be safely packed away, so now I just need to implement that! Especially since Marisa at Food In Jars just posted what looks like an excellent Fennel Relish recipe!

Rob is going to build me a spice rack (from Shanty 2 Chic blog) for the kitchen and I'm very excited about that! Maybe he and the boy can work on it while we're there in a few weeks! I'm also pretty excited because he told us to bring bike helmets! He hit a police auction last weekend and bought ... um... well, a LOT of bikes. He cuts them up and then builds recumbent bicycles with the parts, but he has a few that are in good enough shape to refurbish and give away, so we'll be riding some of those until he figures out where to donate them.

Our little balcony garden at Kari's house is going gangbusters. There are blooms on all the tomato plants, the strawberries have already started producing (I'm assuming they're tasty... those were for Kari) and I'm actually looking at the basil, thinking to myself, maybe it's time to try pesto again! I need to pick up some tomato cages, because the poor things will fall over once all those flowers turn into tiny tomatoes. The rhubarb has even rallied from the injury my daughter dealt it (she accidentally broke off one of the three stalks it started out with). Fortunately, the house plants I bought are all very low-maintenance and are tolerating my neglect quite well. The jade is flourishing, my philodendron is still going gangbusters, the wandering Jew is still pretty, sparkly and purple, and the aloe vera just has a bit of browning on the end of one spike.

I have no pictures because I am a bad blogger. I swear, at some point, I will get the hang of this! (and maybe then, I'll start getting some traffic LOL) Just for a twist, let's get some feedback. What's your favorite houseplant and why?
Posted by Lynne at 10:10 AM 2 comments:

I know it's been a while, but cut me some slack. I have these little buggers taking up residence in my throat: 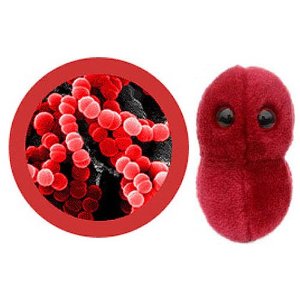 That would be strep throat. I am uncomfortable, I haven't been able to eat solids since Saturday, and I'm in a fuck of a lot of pain and sleeping a lot. I am currently surviving on Danactive yogurt drinks, soy pudding and the odd piece of bread I mangle until it's soggy. I will report back if I manage to kill the dreaded plushy. If it kills me first, well... I'm sure my mom will miss me :P
Posted by Lynne at 5:29 PM No comments: