Work has been crazy (last week was somewhat tame, and then BOOM, Monday morning happened and it lasted until Tuesday afternoon). Then I worked three shifts at the store this weekend (Friday, Saturday, and Sunday). Monday was a bitch... all hell broke loose at my regular job, and nobody seemed to understand that what was being requested was completely unreasonable. I ended up staying until 6:30, then rushed to class. 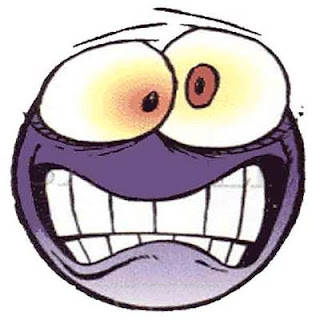 From the front lobby of the university, I saw what looked like an apartment fire and called 911. Turns out it was a reflection - of a fire in a hydro transformer station (I think that's what Rob called it... "un parc transformateur" is what I know it as in French)... so I may have saved my former employers a crap load of money by alerting the authorities before too much damage could be done. Finally made it to class around 7:30, enjoyed it immensely (our instructor is awesome, and the subject matter is fascinating stuff). Got home, couldn't sleep.... I finally passed out around 1am, only to be awakened by the burning of a thousand suns in the back of my throat an hour later. Oh hai, reflux... you again. I can still actually taste it if I clear my throat or cough. Yipee. I got about 2 hours sleep, all told.

Got up at stupid o'clock to go pick the kids up so I could get to work early and finish the ridiculous task that needed to be finished by 1pm (did I manage? I squeaked it in around 1:05). I felt like a zombie all day, and my throat hurt (residual from the acid burns). I got a bit of knitting done in class last night (it was a light note-taking night... he'd made photocopies of everything, so all I had to do was follow along), but other than that, I haven't touched any of it since last Thursday!

I have this Friday off from the store, and I don't work on Saturday until late in the afternoon, so I'm looking forward to a bit of "me" time.

Ooooh! I knew there was something big I had to mention here! I decided that it was high time I got out of the financial rut I'm in (always broke) since I'm actually making some decent money right now, but I'm terrible with money and can't really be trusted... so I asked Rob to help me. Well, we sat down one night and worked out the plan I'll be following until my employment situation becomes more stable :) It's not so much a budget as a set of rules to follow regarding all my responsibilities and debts and all my sources of income. I am very excited to see how this will work! :) This is HUGE for me... I'm 36 years old, and I've never had any kind of rules or set habits regarding money, other than SPEND IT! SPEND IT NOW!

Well, time to go feed the natives before they get too restless :) I think the rest of the week will be considerably better than the first two days were! And I'm very much looking forward to picking up my knitting in an hour or so. Have a great week!