It's been a long time comin'

I'm not sure what "it" is, but whatever it is, I wish it'd go away. Started out a bit rough this morning. Even though I went to bed early last night (by my standards), I didn't get much sleep. Got to work, where I got to sit through a meeting about how crappy the next year is going to be because we're likely to lose a large portion of our budget, etc... so when the meeting was over, I went to our HR lady, and said, "It doesn't look good, does it?" "No, it really doesn't," she said... so that basically means that in about 1 1/2 months, when my current contract ends, I will again be out of work. I will polish off my resume tomorrow and start making the rounds. If anybody knows of anyone looking for an awesome admin assistant, a stats person, a database admin or anything else really... 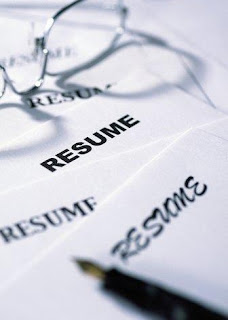 Dropped the kids off at Jeff's and then went to the gym. I managed 12 1/2 minutes on the recumbent bike before I got a foot cramp and started feeling nauseous. Finished the 3 minute cool-down, so I basically did 2.5 miles in 15 minutes. Then I headed for the weights. I managed the adductor, the abductor, the seated cable pull and the lateral pull-down before I felt so sick I thought I was going to throw up... I think I just overheated (the gym is air conditioned, but it's all west-facing windows, and it was 5pm) so I quit after 35 minutes.

Headed to school, and tried to enter my classroom only to encounter this:

The university's student council had a vote on Friday and the majority chose to strike to protest tuition hikes, so even though I've paid for this semester's course, I'm losing a night (and possibly next week as well, when there are only two more classes before the final exam!). Ugh. I understand and I support the principle, but I don't believe that strikes accomplish anything, and I'm really peeved that I may not pass this class if I can't finish it. I'm sorry guys, I can't be supportive right now, I just have too much on my plate :(

In the plus column, however, I now have a family doctor (the kids are still on a waiting list for a pediatrician). I've got my first appointment with her on April 18, and I'm thrilled! It's been EIGHT YEARS! I think there's a fundamental problem with the way Quebec's ministry of health is run when there's such a shortage of medical personnel (mainly due to language restrictions - all doctors, nurses and other professionals must pass a French exam in order to be licensed to work in Quebec). I won't get into politics here, but it irks me greatly.

The baby cardigan is complete save a few ends to sew in, and the neckband to finish (four rows of garter stitch... I could probably do it before I go to bed). The curtain is moving along. Not quickly, and I've revised my goal of finishing it by Easter. I'll be happy if I have it finished by the time Rob comes back in June :) (a bit more realistic given the fact that I have two papers to write for my class before April 16 and a final exam on that same date).

I am looking forward to rewarding myself with some sock knitting :) I wanted to take a class, but I'm saving up for Stitches Midwest and for the Yarn Harlot's visit to Perth in August! Besides, Stephanie teaches a mean sock class, I'm told, and I'd rather take hers! Here's hoping that a good night's sleep will make everything seem more manageable in the morning.