A Renewal of Faith...

Just about everyone who knows me knows that I've been struggling to lose weight recently. What a lot of you don't know is that I've been struggling with my weight for about 25 years. I first became aware of my "body image" when I was 12 years old. Puberty had been kicking my ass for a couple of years by this point, and I noticed that I was starting to fill out a bit more than I liked. I had grown about a foot between turning 10 and turning 11, and suddenly stopped growing, so I was not at all used to the body I was now finding myself stuck with.

All through my teen years, I felt fat. I wore baggy clothes and half the time wouldn't wear a bra to school. I stopped taking care of myself... only showered when my parents forced me to, didn't brush my hair half the time, etc. Puberty had left me with a rather monumental set of breasts, and they had attracted some unwanted attention before I even left grade school, so I wasn't eager to show my body off at all. We had very poor eating habits at home - usually some pasta from a box thing (oh the disgusting stroganoff... I hated this stuff with every fiber of my being, and my dad would make me sit at the table until I had finished the whole thing - sometimes it was 9 or 10pm before I got to leave the table!), very few vegetables (and they were all canned), and a bowl of either popcorn or chips in front of the television every night.

Looking back at pictures of myself now, I wasn't fat. I wasn't in shape, but I certainly wasn't fat. That didn't come until I got pregnant. I was probably about 10 lbs or so overweight when I got pregnant in the spring of 1998. Suddenly, I was eating all the time, and I mean ALL the time. I was not exercising at all, first due to morning sickness, then due to sciatica, but mostly due to laziness. I ballooned from 170lbs to 245 when I delivered. The entire time, I had been asking my OB if I was gaining too much weight, and he kept telling me not to worry about it. I used that as justification to sit on my ass and do nothing. A walk to the grocery store (all of two blocks) the day before I went into labor just about killed me. I had to sit on the stoop outside the store for about 30 minutes to recover.

I've been telling Rob the last few days that I think I've been going about this the wrong way. I keep failing because I don't SEE any changes in myself, and so I give up. I need a tangible, VISIBLE means of tracking my progress, and I think the stickers will help with that. I need the positive reinforcement, but it has to come from ME. I grew up with far too much negative reinforcement in my life, and it's time to buck that trend.

Currently, I'm going to the gym twice a week and trying to walk a set distance on the days I don't go to the gym. I was trying to stick to South Beach and that just wasn't going well. So what's the plan? The plan, currently, is to simply reduce my food intake to a certain caloric amount, and to try to limit the fat portion of that caloric amount to no more than 33%. Each day I reach that goal, I get a sticker :) Each day I do my physical activity for the day (either going to the gym or walking my minimum time/distance), I get another sticker. If I hit a certain number of stickers in a given month, I get a small treat - either a book I've been wanting, or a CD or a ball of yarn or SOMETHING that's not food-related. These are my rewards for treating myself properly and making myself a bit healthier (I'm toying with the idea of adding a bigger reward if I have a perfect month - like a piece of new clothing, but I'm not there yet).

I know I can do this because I believe I'm worth doing it for. More importantly, my boyfriend and my kids believe I'm worth doing it for. The kids have been going out walking with me and encouraging me at every turn. Rob has been my number one fan and cheering section. I'm always going to be a curvy girl (even bone-thin at 14, I had wide hips and boobs), but that doesn't mean I can't be a healthy one! 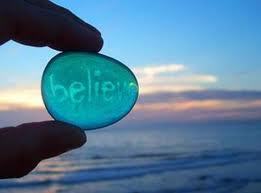