Now if only I could cultivate a few more followers / commenters!

Fitness - OMG I missed my treadmill! Last night, I was feeling lazy. Skye and I had been to the mall for my optometrist appointment (good news, blood sugar is controlled enough that my vision has improved back to what it was before, and I do NOT need new glasses!) and I had stepped wrong and hurt my left ankle. I didn't think I'd be moving again that night, but when I was talking to Rob on the phone after dinner, it felt okay, and he was kind of shaming me, so I hopped on the treadmill and did my 30 minutes! HOLY HELL, it's hot in my back room. The landlord hasn't turned the heat down yet, and the window is placed in such an odd location that I get no air circulation back there. I'm going to have to buy a fan :)

So I was reading the latest Martha Stewart Living the other day, and there was a short article about a resort I found interesting (in Maine). I sent a link to Rob after poking around on their site for a bit, and he was really interested in going as well, so he decided to challenge me. When I hit 240lbs, he will take me to this place in Maine for a romantic getaway :) So if you were wondering what the ticker at the top of the page was for, that's it.

Knitting - I've been half-heartedly poking at the fingerless mitts the last few days. I haven't really had any knitting time, so there's not much to report. I did manage to do one pattern repeat of the Strawberries and Cream (formerly Super Seekrit Test Knit), so at least that was something. There will be much more knitting in anticipation of Maryland! We leave in less than two weeks!

Food - Not much to report. I did falter last night and order pizza... but I'll admit that was motivated by my inability to get within 3 feet of my kitchen sink or counter. When the treadmill guy came last week, I told the kids to clear everything out of the back room. So they moved it all - five feet away to the floor in front of the kitchen sink *sigh* We just haven't been home long enough to really tackle the kitchen, so that's the plan tonight. I need to be able to move around the kitchen (such as it is) in order to be able to cook. I really wanted to make soup last night and couldn't. I also need to move one of the wall units that used to live in the back room into the kitchen to hold pots, pans and appliances (and get rid of the old kitchen table, since I now have the new one). Organization!


School - nothing new to report, other than I'm LOVING the more intense Hebrew classes!

Everything else - We reached 12,000 page views last night! Not bad, for a sporadic blogger with no traffic ;) I already mentioned the eventual trip to Maine. I've talked about Maryland, and Rob and I are also planning a trip to Hudson Valley, NY with the kids this summer, so I'm psyched about that! Skye starts her swimming class next week, so that's when Zachary and I will start going to the gym :) I'm really looking forward to his first time! Now if only the laundry fairy would visit my house... 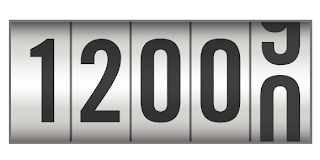