This morning, the kids and I went clothes shopping. I'm constantly amazed at how much less stuff costs in the US as compared to Canada. It makes no sense! Our dollar is stronger than theirs, and yet things are still cheaper down here. Anyway, both kids are outfitted for school, all the way down to new shoes (got some CUTE little mary-janes for Skye!)

Here's how Zachary's apple cake turned out last night. It had an odd shortcakey texture, but it was delicious! If I make it again, I'll definitely chop up some apples to add to the batter instead of just on the bottom: 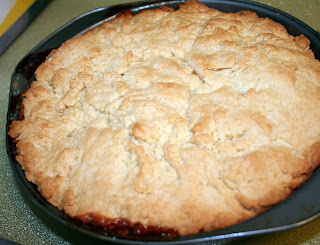 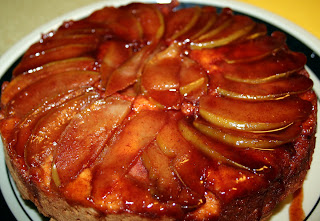 After clothes shopping, we came home and I started making some spaghetti sauce. It seems like I spend most of my time cooking when I'm here, but I certainly have an appreciative audience! It's fun to cook for people who appreciate it :) No cake tonight (that was two nights in a row!), but we'll definitely enjoy the spaghetti sauce. I've adapted it from my parents' recipe and it's delicious! I make it just about every time I visit here because Rob really likes it, and it's an easy freeze-and-reheat dish for him to make when I'm not here. There will be several containers of this stuff in the freezer tomorrow. 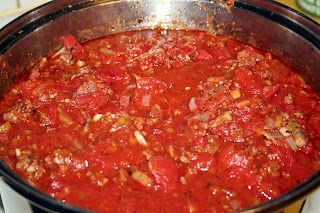 I'm not sharing this recipe :) It's more of a "toss in what I have handy" sort of thing anyway. I've had men propose to me because of this spaghetti sauce (sadly, they were all already married!). Maybe if I ever get around to writing a cookbook, this will be one of my showpieces.

Yesterday made it one year since Rob and I started "officially" dating :) He came home with this: 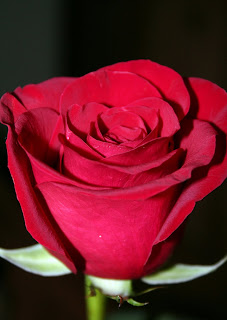 I've never really dated a "buys me flowers" kind of guy before, and I must say, it has its merits :) But then, he's been romantic and attentive since day one, so I definitely have no complaints on that front. Tomorrow, I think I might take the kids to Lake Andrea so I can get some green and blue pics in here, since today's all seem to be on the red scale! And now, Rob's home early so I think I'm going to log off. Cheers, y'all! 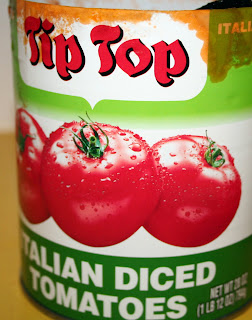