Okay, so I didn't do too well this week, but I'm down 1 1/2 lbs from last week. I'll take it. In this heat (it was 100F in my apartment last night - my SHOULDERS were slick with sweat!), I can't bear to cook, and most of the time I can't bear to eat either.... so when I do end up somewhere cool, I generally shove whatever's at hand in my mouth and hope I can digest most of it before it gets hot again. Also, no exercise (it's freaking HOT), so all-in-all, not my best week ever. I can do better, and I will :)

I know I promised official measurements when I started all this last week, but I'm crap at taking them, and since I'll be seeing Rob TOMORROW (:D) I figured I'd let him do it!

Speaking of the heat in my apartment last night, I was tempted to post a picture of my kids - they ended up sleeping in blanket nests on the kitchen floor - kitchen is the only air-conditioned room in the house - with the a/c running full blast on them :) I thought better of it though... all I need is for Children's Aid to assume that I make my kids sleep on the floor!

So tonight, we're going to go check on Jeff's cats, head home and hopefully be asleep by 5-6pm. The plan is that we'll get up at 3am and head off for Chicago. The car is already packed, there's just the food left. The kids are supposed to bring their pillows so they can go back to sleep once we hit the road. Since we have a good 6 1/2 to 7 hours before we hit the border, I figure my helper (Zack likes to sit in the front seat now that he's legally allowed to) will be awake by then. I have to remember to pack my knitting - I have a few UFOs that need finishing up, and I'll be taking the opportunity to do that next week while Rob's at work. So expect some Chicago pictures!

I'm actually pretty amazed at how coherent this post is, considering that I had maybe 3 hours' sleep last night, and my body's been trying to convince my brain to shut down since I hit the a/c at work an hour early this morning :) (too hot, we showed up at the babysitter's at 6:30am just to get out of the apartment). Here's hoping the Blue Water Bridge isn't too busy mid-morning on a Saturday! 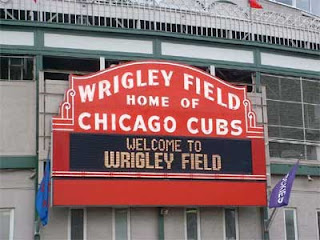