Squats are the devil and other assorted pleasantries...

I'm trying a new format today, so that those who don't give a crap about my knitting don't have to read about it, etc. Let me know what you think in the comments! Trying to get organized! 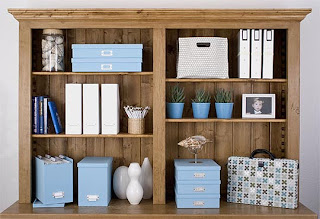 Fitness - My friend Roxane sent me a challenge back in December. She sent it to a number of her friends, either to kick us in the ass for being lazy (she's into running, horseback riding and every other sporty thing out there) or for company, who knows? In any case, the challenge is to do an increasing number of squats each day, to eventually work your way up to 100. The challenge started on January 1 with 20 squats, and I'm now on day 7 with 50 squats to be done. I managed to do 25 this morning before leaving for work, so I'll only have 25 to squeeze in between getting home from work and going to class tonight. Squats? Squats hate me. OMG did my outer quads hurt this week. They're only just starting to adjust a bit. Squats truly are evil, but I can feel the muscles around my knees getting stronger! I have an appointment to have my treadmill serviced, so once that's done, I'll be adding the walking challenge that Rob and I were doing last year back into my schedule as well.

Knitting - Now, I mentioned that I had started working on the Beekeeper's Quilt by tiny owl knits. I may have a bit of a problem. I'm addicted to Hexipuffs! I knit two and a half of them that first day. Since then I've been poking at them whenever I sit down, and now I've got 8. I've had to put them aside for a few days to work on the Gotta Love Me Monster by Kimberly Kwon. It was on hold because I had misplaced my DPNs and the body was too small for the circular needle I had been using, but Kari gave me a set so I'm ready to get going on him again, and the deadline for mailing them to our coordinator is looming! (This monster is part of an initiative called 600 Monsters Strong inspired by the events at Sandy Hook Elementary in Newtown, Connecticut last month - look up their group on Ravelry!) I've also started working on the second stripey sock (YAY FOUND YARN!) and I've got the cuff and a good part of the leg done. This will give me three complete pairs of hand-knit socks, which I'm ecstatic about! I wore the Falling Leaves socks to my mom's house on the weekend and everyone was complimenting me on them. I may have to make a pair for my very knit-worthy aunt, who bought my first pair of hand-knit socks at a craft fair when I was 14. (She doesn't knit, don't judge!)

Food - I decided to make "kitchen sink" soup yesterday. I was cold, I was craving veggies, but I didn't know what to make, and I had a few things starting to wilt in the fridge. So I started with a couple of dried-out leeks that have been sitting on my counter for ages. Chopped them up, added a large sweet onion and a bit of olive oil and went to town. Added a pint of my canned diced tomatoes (yay canning!), half a head of Napa cabbage (the other half had spoiled bits in it), some wilted kale, carrots and a can of corn, a tiny can of preservative-free Mexican salsa, and a bit of beef stock, and a lot of water. Boiled all that to death, and then added a few chopped-up chicken breasts. It's one of the best "generic" soups I've ever made! Next time, I have to cut the Kale a bit smaller though. I just sliced crosswise this time, and it led to really long strings of kale. I can't provide a recipe, because I literally just tossed in whatever I had in the fridge (which is why it's called "kitchen sink" soup... it has everything but the kitchen sink!). I didn't even add any seasonings or spices to it.

School - As most of you know, the kids go back to school this week (yay!). Which means that it's time to impose a chore chart and an Xbox schedule for the next few months, to be revisited at the end of the school year. In addition, my Judaism class resumes tonight, and my new class (Documentation and Terminology with the same prof I had for History of the French Language) starts tomorrow evening. Zachary has also started his Bronze Medallion class on Sunday evenings at the Ray Friel pool in Orleans - bit out of our way, but since we're usually over at my parents' for dinner on Sunday evenings (literally right across the street), it seemed logical. He wasn't too keen on going last night, but ended up enjoying it and I got a hexipuff and a sock cuff knit while he was there, and Skye got to watch Brave with my mom. Win all around!

Everything else - This part will be short! In the interests of organizing things a bit better in my life, I'm doing a major apartment purge and cleanup. The first major project is getting the livingroom floor and couch completely clean so we can vacuum and start moving the back room furniture OUT of my front room and back where it belongs. That's this week's major chore - that, and keeping up with all the laundry my awesome boyfriend did over the Christmas holidays! He's coming back in four and a half weeks, and I want the apartment to be NICE when he gets back. It'll never be spotless, let's be realistic! I'm also on a yarn diet and need to organize my yarn a bit better than it is currently. I'm taking suggestions on that one, because it's a doozy.