There was a lot of planning and running around involved last week. That's my excuse. Take it or leave it ;)

Friday after work, I rushed to get my daughter from daycare and dropped her off at her father's house, and then I hit the road. Rob's cousin Jen got married last November, and she and her husband were having a party to celebrate with the "northern" relatives (her family lives in Florida, his lives in Michigan). Rob was so excited that he was going to get to see cousins and aunts and uncles he hadn't seen in a few decades. He's been doing a lot of genealogy research (one of his many hobbies) and he's been trying to reconnect with family members he's either never met or hasn't seen in a while.

Made it to the border in pretty good time, pulled right up to an empty gate, and was basically waved through (he asked me where I was going, I said, "About five minutes down the road - going to a wedding tomorrow and my hotel is just up the street.") I got to the hotel about five minutes before Rob, his brother and the boys arrived :D The Baymont isn't a fancy place, but it was cheap and it was clean. Now, most people who know me are aware that I'm uncomfortable around strangers, and REALLY uncomfortable in crowds. But Rob's aunt and uncle were so warm and welcoming that they immediately put me at ease and we had a fantastic time! Scot's (the groom) parents have a gorgeous house in a rural area, and let me tell you... what these people consider a "small" party was fancier than any actual wedding I've ever been to (keep in mind, I've only ever been to my brother's wedding and my own).


We were surrounded by fantastic people, and I was even able to act mostly normal in an enormous crowd full of complete strangers :) The next morning, the boys had been invited to brunch in Detroit, and Rob and I were having so much trouble saying goodbye that I tagged along :) I have to admit that it makes me extremely uncomfortable when people pay for me, but I'm getting the idea that this is somewhat customary since it's the second or third time it's happened and no one else bats an eye. The drive back was long and brutal (but the 407? Damn... why have I never tried this before? It's like driving down the 401, but with NO CARS on it! Expensive, but well worth it for the 2-3 times a year I'd use it). The good part of meeting in an impartial third location is that neither of us has the "empty bed" syndrome that generally comes to the home turf holder at the end of a visit. 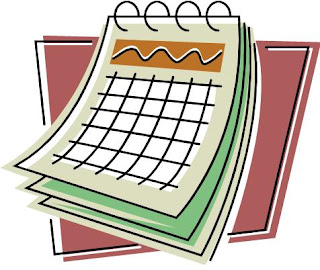 Having returned to normal life, I'm left wondering where the heck my summer went. It's nearly August, and I haven't accomplished any of the stuff I normally do in summer (like take the kids to Chicago for a week) other than make a few jars of jam. I feel like this whole year has gotten away from me somehow. I was kind of horrified to realize that I haven't talked to my friend Sylvie since OCTOBER of last yer - this is my best friend from high school - the person I was so THRILLED to have reconnected with last year. And I haven't talked to her for TEN. MONTHS. What is wrong with me? I haven't seen my friend Chris's new baby yet (or finished the sweater I was knitting for him, which is now likely outgrown). I haven't even seen my niece Ashley's baby, and I'm pretty sure he's either approaching his first birthday or has recently passed it. My sense of time passing seems ridiculously slow - like molasses trickling, but when I look back, an entire year has gone by.


Now that the house is a bit more organized, maybe I can find a bit more time to pay attention to time going by (not too likely though... I bought Rob a card for our anniversary - which is Friday - weeks ago. It's sitting in the side pocket of the overnight bag I brought to Michigan, not yet written out or mailed *sigh*
Posted by Lynne at 2:56 PM