Fitness - The fitness section is in the naughty corner until my treadmill gets fixed. I'm so annoyed with the bloody store at this point that I wish I could get my treadmill serviced by ANYONE ELSE ON THE PLANET. I have called SIX times to find out when I can expect the parts in, and they keep telling me they'll check and call me back. They NEVER call me back, it's always me who has to call them, and I never get an answer. At this point, I have paid for the parts, in full, and I want to use my damn treadmill!

Knitting - I've had very little knitting time since I last wrote. I did work on the Baby Surprise Jacket for a while during class on Tuesday, but that's about all. I think I've been too discouraged to work on Skye's sweater, because I know I've got to rip back a bit. I've misplaced my latest hexipuff (which just needed stuffing and a kitchener close) and I can't start any more until I find it, because the needles are in with it LOL Ooops. The Laura's Fingerless Mitts, I am ashamed to confess, have been living in the passenger footwell of my car for the last week. I'll have to bring them upstairs when I get home tonight. I've been a bad knitter this week. I watched the Two Tangled Skeins podcast on Tuesday and I realized just how much I miss the girls when I don't get out to knit nights!!!! (Go check them out, tell them I sent you!) I feel kind of guilty for planning on going this week because I've got a cold... but I've been sick since Sunday, so academically, I know I'm not contagious anymore, but I still feel bad being out in public. But I needs me some grownup interaction time, which I don't get otherwise.

Food - Ugh. Rob challenged me the other day to track everything I was eating on Fitday. Now I've been honest with Rob about the whole eating disorder thing, and I've told him that I have no self-control and we've been round and round this ferris wheel any number of times. Logged my food the first day and did fine. Logged it yesterday and did not so fine. I had a bit of a binge around dinnertime. This is not so unusual on grocery nights, because I don't plan dinner before I head out and by the time I get home and everything is put away, I'm starving and crabby, so I just eat. And eat. And eat. And now Rob knows what a small binge looks like, because he got to read the whole sordid thing on Fitday. And he was a bit shocked. And all I could think of was, "Gee, and that was a relatively healthy binge! Imagine how he'd react to a bad one!" I know he's trying to help, and I do appreciate that he loves me and wants me to be healthy, but holy hell, did I feel awful last night :( On the plus side, I really did not like that awful feeling, so today I've pretty much kept on track. The kids and I will have to explore possibilities for dinner when I get home.

School - First note of importance: I finally got my grade for the class that got cancelled by the strike last March! I got a B+!!!!!! I'm really thrilled with the grade, because I didn't think I did all that well on the final project (which was worth about 60% of the grade). Second note of importance: I need a major kick in the ass. My entire class right now revolves around one major project. There are no assignments for this class, there are no quizzes, there are no exams. There's just this big project. And let's be honest. For me, being fully bilingual? This project is a walk in the park. And I haven't even started it yet! ARGH. Procrastination is a major flaw of mine, and I usually end up feverishly writing my assignments on the day they're due, and I usually pull off a pretty decent grade considering how I work... but this time, this time I want to get this done ahead of time. I want to do a good job and get an AWESOME grade, not just a so-so one. This prof is awesome, he has total faith in me, and I don't want to be that lazy bum that disappoints him. So do me a favor and kick me in the ass!

Everything else - Not much else going on. I'm kind of in this rut of needing to improve things, but not quite getting there. I need to buckle down and start getting shit done. And I can't help feeling that it would be a lot easier to make it that last little step if only my brain wasn't drowning in mucous... 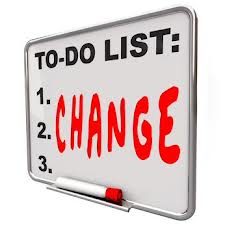