It's been a heck of a long week, and it's only Wednesday. I got home Sunday night, having eaten a small (snack sized) bag of Terra Chips on the plane... which proceeded to make me so sick I couldn't drive home until several hours after landing. I have no idea what's in these things that my body just doesn't like, but I'm never EVER going to eat them again!

Monday, I started a new class. I'm very excited about this, and I'm hoping that I don't get flamed by people who don't agree with my decision. I have joined an Insights into Judaism class at Temple Israel in Ottawa :) This is the first requirement before they will consider a person for conversion to Judaism, and the class is fascinating (that, and they're teaching me Hebrew! WIN!) But it's another night away from home, and another drain on my time (and my time with the kids, although we're working something out there).

Tuesday kind of sucked, and then was kind of awesome, and then really sucked. The gist of the evening was that Rob's house got broken into. AGAIN. He had finally replaced Ray's tv and Xbox, and when they logged into the Xbox Live account, they noticed that the account had changed somewhat, so the jerks who stole the old Xbox had been using Ray's account. Nice. Apparently logging onto the new one gave the jerks the tipoff that a new one had been purchased, so they busted in while Rob was at work yesterday and stole the new one. Assholes.

They also stole Rob's dad's Air Force dogtags, which have absolutely NO monetary value whatsoever. They did it just to be douchebags. Because really. Who the hell steals something that can ONLY have sentimental value to someone, when they clearly can't sell it or profit from it in any way? And of course, I'm stuck 850 miles away, wanting to just wrap my arms around both of them and make it okay, and I can't do anything. They feel violated, and I feel impotent. To the wankers who have been getting their kicks repeatedly bashing my boyfriend's door in and stealing his (and his son's) stuff? 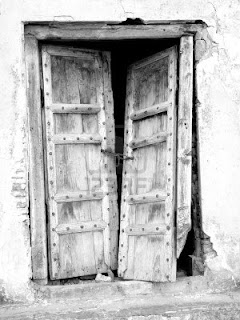