That's what I'm faced with every time I want to post something on the blog. What am I going to fill it with? Is anybody even going to read it? (yes, I'm a bit paranoid and emo when it comes to the blog.) My dreams have been very fractured and strange lately - moreso than usual. And through them flows a constant parade of my ex-boyfriends and friends long left behind. It's really disturbing sometimes - although it was comforting to note in last night's episodes that I'm no more fond of the jerk from Indiana in dreams than I am I my waking life.

I've also felt somewhat stifled by the "structured" format I adopted previously. So I've decided to shake thing up a bit. There will be a bit of stream-of-consciousness crap at the top here, and then, if I have anything to say about the structured stuff, I will toss that in afterward. I woke up determined that today would be better than the rest of the week had been. I've been getting very frustrated and angry (I was swearing at the spinning wheel last night - loudly) and unpleasant to be around, and that's not who I want to be. So today, only good things are happening and I'm actually being productive and pleasant. And tired. SO freaking tired. I wish I could curl up under my desk (there's room!) and take a nap.

A couple of weeks ago, I was out with Kari and I picked up some Reflections CDs from the drugstore. You know, those displays with a speaker where you can choose which CD you want to hear an excerpt from? I bought three - one was Reiki something or other, one was Spirit Earth and the third was Zen Tranquility (sorry, the Reiki one is in my car!). I bought them to be able to do yoga along to - because yoga without background music is boring. Have I done any yoga? Not yet... but I've been having major yoga URGES, which is a step in the right direction. I will get there. Soon. I hope? I often get urges to get up and go for a walk too - my calves will start pinging (muscle twinges) and aching and I've actually been managing to get myself up off my ass once in a while when that happens now. I'm still a lazy ass, but I'm less of a lazy ass than I *was*, and I like to see that as progress. Sort of. 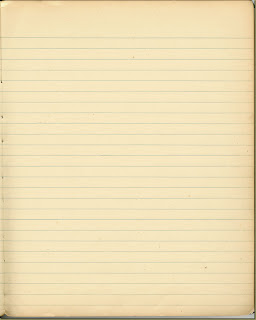