Why is it still snowing?

Fitness - Well..... well. This week, I had a doctor's appointment on Wednesday which mainly raised more questions than it answered, but that's okay. At least we have a direction to move in now. My body is apparently producing very high amounts of Prolactin. That's the hormone that promotes breast development and milk production. Which would be awesome if I was, y'know, pregnant or breastfeeding. But as I'm neither, it's a bit of a concern, and I have to undergo more tests to see WHY my boobs think I'm feeding someone. My blood sugar was a TINY bit on the high side, so we're going to focus on eating habits and exercise as lifestyle changes to try to bring that back into normal range :) NOTE: I have NOT been diagnosed as diabetic, and my doctor thinks this can easily be solved by diet and exercise, so NOBODY go telling my mom I'm diabetic, got it? :P As for exercise, I'm working on it :)

Knitting - I have been so insanely busy with work, I have knit precisely ONE row on the test knitting project, and that's all I've done since last weekend's knit night. Boo, hiss. I did take pictures, I promise.... I just haven't uploaded them off the camera yet.

Food - Well, I clearly need to make some changes to my eating habits, and part of that is going to be control. I can't control myself with food. At least, not very well. I tried to watch Supersize Me to motivate myself, but I had to turn it off after 10 minutes (the guy pukes out his car window after forcing himself to eat the biggest meal possible). So now the trick is going to be to look at a poster I made myself before I put anything in my mouth. This poster shows a picture of me this past August at my cousin's birthday party. I spent most of the party running around after my nephew (he had just turned 2 - he's fun!) and finally sat down to eat a good while after everyone else was finished. My brother started taking pictures of my cousin's wife holding his new baby - she was sitting right next to me. So in the background of the pictures, you've got fat-ass me sitting there chowing down. I didn't like the picture when he posted it, and I don't like it now. I'm wearing a top that my boyfriend thinks looks sexy on me, but when I look at this picture, I see a blue blimp. Nothing sexy about it. The bottom of the poster is a few before/after pics I saw online of people who had been successful in dropping a significant amount of weigh, to prove that it IS possible. I'm working on it. 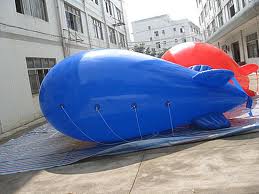 School - As said in my last entry, I went to class this week, I've started working on my big project, but I'm a bit frustrated at my own stupidity where PowerPoint is concerned. But I am working on it! I'm glad I went to class though, because I discovered that the university told the prof he couldn't just NOT have a final exam, so we are having one after all ;) Good to know! Working furiously to finish my book report for Judaism class so I can put the book away and be done with it (and start reading the NEXT one). I am SO looking forward to starting the second Hebrew textbook after Pesach, because this one focuses on word forms, grammar and maybe even some MEANINGS. :D

Everything else - Well, Jeff and the kids came home from Disney last Sunday. Monday, Tuesday and Wednesday mornings, Skye woke up sobbing. I finally asked her if she was upset because she wasn't at Disney anymore, and she hiccupped, "Yeeeeehheeeehheeeeheeeessssss!" :) So there we have it. My daughter wants to live at DisneyWorld. My son? Just wants to live anywhere that isn't Mom's house. Apparently I'm way too strict. It's report card time, and he "forgot" to bring his home last night (whereas his scatterbrained sister had hers front and center - guess who got decent grades?) LOL If someone has a trick to surviving teenagers, I'd love to hear it!

Last night we went to the dollar store so I could pick up some fountain pens - the dollar store at Plateau carries disposable fountain pens with a few refills per pack. They are AWESOME. I've been using the last one I bought at the office, and I love it. So last night I went by and bought ten more LOL (hey, I can't even find a basic BIC pen for a dollar anymore!) Zachary got some art supplies - a couple of canvases, a plastic divided palette, some brushes. Skye got a ring (glass, since her hands tarnish everything else within hours) and some umbrella straws. I don't know... she has her reasons, but that's what she picked. She has a karaoke thing at school tonight, and she is SO excited!
Posted by Lynne at 12:24 PM