Yesterday was not good, but I'm still here, and I'm feeling much better, emotionally if not physically (working on it). I started thinking today that I'm letting all the negatives in my life get me down -- not enough money, house is still disorganized, I feel like I'm rushing all the time, and Mirena is knocking my hormones completely out of whack (she's getting removed as soon as Rob is declared sterile). So what do I have that's worth going through all this for?

I have two fantastic treasures that are worth far more than anyone could ever imagine. I warn you now, there will be a lot of photos in this post :) Allow me to introduce you.

This is my son, Zachary: 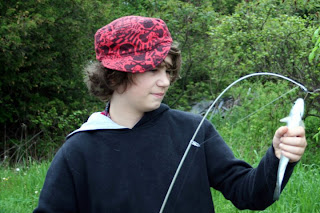 And this is my daughter, Skye: 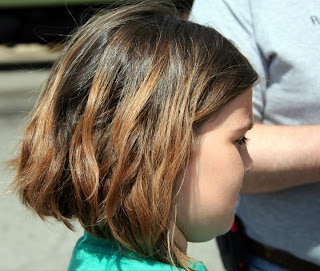 I have two wonderful, crazy, beautiful, intelligent, caring, fantastic children. I am constantly in awe of their potential and frightened that I'm not doing a good job. They are so funny and SOOO perceptive. I worry -- all the time -- that I'm failing at letting them know how much they mean to me, how much I love them, how important they really are. They are so similar, and yet they are such different people! They love each other, they hate each other, they hurt each other, and they comfort each other. They are my world, and yet I so often forget to just enjoy them.

Zachary was a bit of a surprise. I'd been dating his dad all of five months when I got pregnant. I wasn't in a good place in my life. I had just dropped out of college and I was working a crap job at a convenience store. I had a decent apartment that I was hardly ever at, and had a cat which ultimately became my ex's cat. I didn't feel well for a couple of days, and one day Jeff turned to me and said, "Maybe you're pregnant." um... YIKES. 23 years old, going on 15, and here I was, PREGNANT. I didn't want to be pregnant, but at the same time, I knew that I could never give a baby up. I could certainly never have an abortion (not against anyone else having one, I just couldn't do it myself). Well, Jeff stuck by me, we moved in together when I was 7 months along, and then one cold February day, there he was! Zachary is a constant surprise. He is so intelligent it scares me. His artistic abilities are phenomenal. He has such empathy and sensitivity and yet he can also be hard and cynical. He is shy, but he warms so much to sincere praise. Trouble is, he's so cynical, that he has difficulty accepting sincerity. He loves babies and small children, loves teaching them and guiding them. He is strong and fearless but still likes to hug his mom once in a while. He so desperately wants to fit in and make people happy. At the slightest hint of criticism or rebuke, he puts on a tough defensive shell with sharp barbs in the hopes that you won't see you've hurt him. His response is to lash out and retreat. And I evoke that in him far too often. I am so proud of him and so hopeful for him to discover that anticipation and expectation are some of the better things life has to offer. He is love and knowledge. 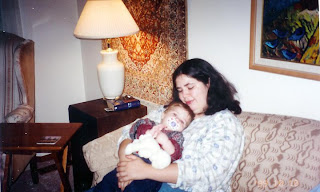 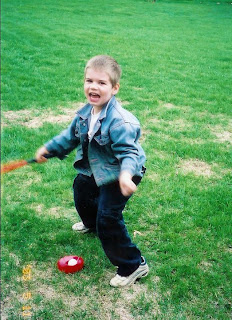 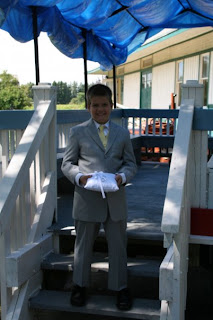 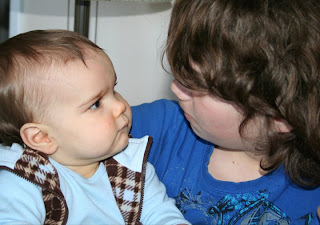 (that little one isn't mine, that's my nephew Cael).
Skye was an even bigger surprise. Jeff and I had decided after Zachary that we would only have one child. I kind of waffled on that (and still do! Don't tell Rob!), but we were careful not to get pregnant again. And then, one day, there was this beautiful little four-month-old girl needing a home, a family to care for her. And there she was: 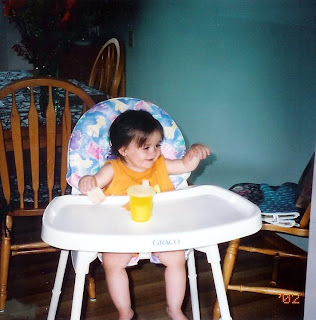 She's been in our hearts ever since. Jeff readily accepted her, which surprised me -- It's taken me years to realize, but this was one thing he did solely to make me happy. His entire family accepted her immediately as one of their own, and I've always been so thankful for that. My in-laws were fantastic people, but that's a story for another post :)

Skye is outgoing and kind. She is creative and maternal and loving. She is easily hurt and just as quick to cry as she is to laugh. She sees joy in simple things, and hopes so much that she is cruelly disappointed when things don't go as planned. She is beautiful and funny and strange. She will secretly sneak off to scrub a spot off a wall or a cupboard, and then will dump an entire bottle of mustard down the bathroom sink. She will beg to help with grownup tasks and then cut holes in her bedsheets with a purloined pair of scissors. She is a fascinating person who definitely dances to her own music. She is willful, yet unsure of herself. I fear we have failed her in emphasizing Zachary's intelligence so much that she doesn't feel she can measure up. She is joy and light. 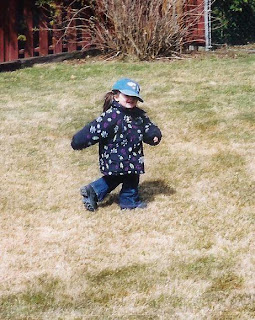 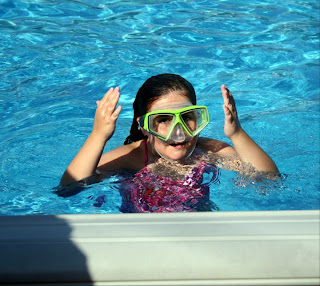 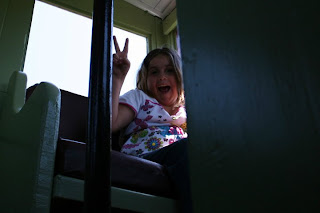 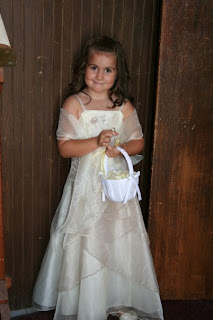 THIS is what matters to me. This is why I continue to struggle against poverty, against idleness, against everything holding me down so that I can succeed. They deserve it. And I need them. And I need them to know that they are everything to me. I love you both so much!
Posted by Lynne at 10:26 AM