I really need to start bringing the camera with me when Rob and I have a fun weekend together :) I don't know how many people who actually read this blog are familiar with long-distance relationships, but distance sucks. Don't let anybody tell you differently. We even got to cheat another night onto our weekend, because Rob left earlier than he normally does and got here late Friday night rather than late Saturday morning! I sent him home about four hours ago, and it really, truly sucks to know that I'm going home to an empty apartment tonight. I know it's not REALLY empty... the two kids will be there, as will the two demons *ahem* I mean cats.

So to cheer myself up from the fact that I'll have an empty bed tonight and nobody to kiss me when I wake up in the morning, you all get to hear about our fantastic weekend! On Saturday, Rob and I went for a walk here: 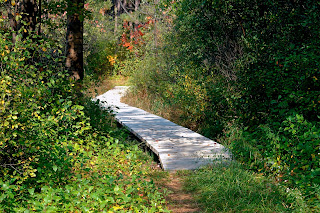 This is the Shirley's Bay walking trail (this is obviously not my picture, since the leaves don't change in May around here). It's trail # 10 in either the NCC's list of walking trails or Ontario's list. We only did the small one-km loop, since the ground was uneven and kind of boggy in places. Next time, I think we'll hit the 4km loop and see how we do :) We made a quick dinner at home and then we picked up the kids and went to see this: 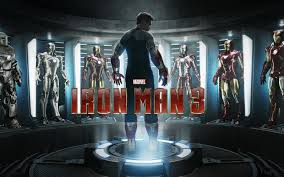 If you get the chance, see it. It was awesome :) If only the ass who was sitting behind me hadn't felt the need to keep bashing my seat back with his feet through the whole movie. Yes, I said something to him. Several times. The last time, his girlfriend/wife/female companion actually punched him and told him he was being a jerk. Didn't stop him. Ugh. But the movie? AWESOME. So worth it. And now I kind of hope that Iron Man will be relegated to Avengers movies, because I don't think they can top the trilogy as it stands (and I hope they won't try). Thing of beauty :)

Sunday, Rob got the kids to help him move some furniture around - I'd been trying to do this for weeks. He asks them once, and they hop to it. I don't get it. *sigh* But then, we went to my mom's, and we did some of this: 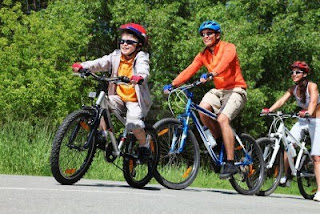 Folks, this was the first time I managed to ride a bike in 20 years. Okay, I wasn't on a two-wheeler. My mom has a trike: 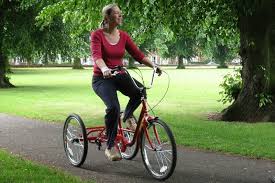 Looks just like that one, except it's got a huge basket on the back that my dad put on for her. She let me ride it! Dudes, first time on a bike in 20 years. I went 2.5 MILES. And I kept a decent pace (I was the slowest rider, so they made me lead, since I'm the only one who knows the neighborhood around my mom's house). I was shocked and amazed that I was even capable of doing it. I think Rob was a bit shocked too :) He's always said he wants to be able to ride with me, and this was the first time. It was pretty fantastic, even with the kids along ;)

Then we went to the driving range and Rob did some of this: 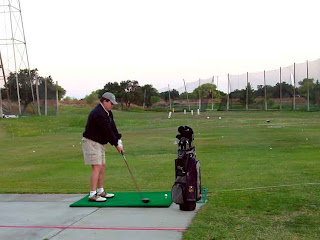 He's always wanted to learn to play golf, and my ENTIRE family (except me, of course), plays. So my aunt offered to take him to the driving range and give him some pointers. He smacked 75 balls all on his own, and was actually doing pretty well by the end of the bucket. I stood by admiringly and hoped they wouldn't ask me to hit any, because I'm pretty sure I'll suck at it. The kids were off playing mini-putt with my parents on that side of the facility. Everybody had a fair bit of fun, we got some outside activity time, and we all slept REALLY well last night.

This morning, Rob and I drove to my office together (that's where we parked his car) and we had breakfast at a local dive before he headed off into the sunset (10am sunset, that is). Tonight is the last class in the Introduction to Judaism class. I have my final meeting with the rabbi this evening, and I'm a bit nervous. Let's hope the answer I give him tonight is acceptable and I get to continue on with the conversion process!
Posted by Lynne at 1:59 PM