I know, I know... it's been a few weeks. But there was Chanukah, and Christmas, and family stuff and school stuff, and finals and a visit from Rob and I've just been busy and not had much to say. 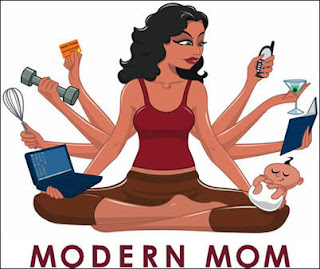 The Falling Leaves socks got finished (I'm wearing them right now!). Rob found the ball of yarn for the stripey socks that have been in hibernation since I misplaced the ball back in October, so now I can start knitting the second sock. The first of Laura's Ribbed Mitts (I don't know anyone named Laura, that's just what the pattern is called) is finished. Oh, and I may have developed a slight addiction to Hexipuffs (*yesterday*!) Sadly, Mr. Monster is not yet completed - I seem to have misplaced my size 8 dpns - but hopefully I'll be able to make some headway on him soon.

I spent two weeks dealing with a very unpleasant infection that started in a back molar, made its way along my jaw, and ended up in my neck and ear. Industrial quantities of antibiotics finally kicked it after seven days, leaving me with a very different sort of infection (ah thrush, how I haven't missed you AT ALL) which I'm still trying to get rid of. I really wish that the cure wasn't usually worse than the disease. But all in all, I'm feeling human again (of course, now that Rob's gone). Skye's a bit plaguey, but we'll be taking her to the pediatrician to hopefully get some answers there. Every winter, she starts a mild cold that turns into an all-consuming phlegmy cough that doesn't go away until spring. Her new ped seemed rather interested (a lot moreso than any other doctor she's ever seen), so hopefully we can get something done rather than just let her suffer and stuff her full of unnecessary antibiotics.

Hebrew class is going very well... we've just had a two week winter break (funny, they don't call it a Christmas break ;) ). Unfortunately, my university prof still hasn't uploaded our final grades into the system, so I still don't even know if I passed the class. Okay, that's an exaggeration. I'm positive I passed, but I'd like to know how I did, y'know? My next class starts on Tuesday, and if I'm completely honest, I'm getting bored. Translation and technical writing are very dry subjects.

The kids got an Xbox for Christmas from their father, and I'm officially hooked! I can watch movies on my TV now! My kids are hard on DVDs, so I tend to rip everything, or download replacements if they've destroyed the disc. Problem is, I have an older tv, so there's no way to connect my laptop to it. Until the Xbox! (Now before anyone goes ballistic on me, it's perfectly legal in Canada to download a movie for personal use, as long as I don't provide copies for upload, which I don't.) Sadly, the only game I bought for myself turned out to be entirely in French (which it doesn't say anywhere on the package, very misleading), and the store I bought it at is closing, so everything was final sale only... *sigh* Chalk it up to a lesson learned to never buy games anywhere other than the very reputable and customer-oriented game store in the mall from now on. They've always CHECKED before giving us our games that they were the correct versions, and are very good about exchanging if a mistake is made. I'll probably just sell it to them as a used game.

Rob was here for twelve days, which was awesome! We went to temple services together, fixed things up around the house, he did a mountain of laundry, he leveled my fridge! We didn't get the new permanent shower curtain rod put up (I just have a plastic tension rod with a bum spring right now), but we did replace the front wipers on my car, and had a lot of fun. He finally got to meet Sue's husband Shawn (a fellow bike nut) and the two of them got on like a house on fire, so it's nice that he finally has a guy friend to hang out with here! He also had a birthday a few days ago, which we got to spend together. (Happy birthday Rob!)