Fitness - No word on the treadmill. I don't expect any. I have gone to another store in the same chain to see if I can get some answers. The other store's representative, upon hearing the issue, said he'd have the store manager call me back rather than try to deal with the service department, since three and a half months was a ridiculously long time to wait for parts. FINALLY. Someone gets that it's not NORMAL for things to take this long. :D


I've been on a downward spiral and I am disgusted with myself. The fact that it's shark week hasn't helped. I had to do some pretty rapid walking yesterday to get to a gov't office before they closed, and it just about killed me.

Go at least 3 days per week without having some kind of sugar or "treat" (because right now, it's a daily habit).

Do yoga and/or go to the gym 3x per week (trying to find a yoga class that will take me and my kids!). I'm going to need to purchase some props for that, so I need to go shopping tonight. I need a block and an extra mat (one mat isn't thick enough for my knees). Belts I have (my kids were in karate for a few years). My son is now old enough to go to the weight room with me, so as long as my daughter can do leisure swim (she's now old enough to do that unsupervised), we can go to the gym together. Yoga's a bit more tricky, because I don't have the floor space for that in my house. I'll figure something out. Maybe the kitchen :) 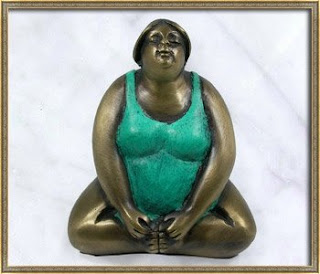 Knitting - I'm annoyed with just about everything I have on the needles right now. Skye's sweater isn't really a portable project anymore, it's gotten too heavy. I will have to pick it up again soon, because I did promise her. The test knit has become a disaster. There's no freaking WAY this will ever fit a 5 year old. I held it up to a friend's seven-year-old the other day, and it was way too big. Skye will just get another knit top out of it. The Baby Surprise Jacket is just hibernating because I'm at the point where I have to knit the back flap, and for some reason, I always hate that part. The spiral scarf? Well, the yarn is god-awful, I can't keep my son's cat out of it, and the plastic needles are irritating. The fingerless mitt follows me everywhere, but I never take it out. I need to print a new copy of the pattern, and I just haven't gotten around to it (gonna go do that RIGHT now). There. Now that I have a new copy of the pattern, I have no more excuses on that one. I also started Rob's socks on Saturday, and the first one is going well :) I think I'm just in a slump. 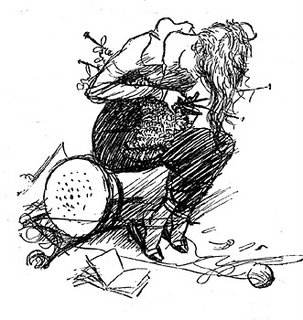 Food - I'm actually kind of excited right now. Kari and I went to this produce store near her new apartment (appropriately named Fresh Produce). They have bulk Thai peppers and lemongrass and all kinds of awesome things, so tonight, I am planning on making a pot of Thai chicken asparagus soup! I also bought all the stuff I need to make spaghetti sauce, which will be Wednesday night's project. My mom gave me a ton of ham on Sunday, so I might save half the asparagus tonight to make quiche cups with. I loves me some quiche cups (so do the kids). I have lots, so there shouldn't be a problems! I've started reading Yoga Body Diet. Kari gave it to me in her apartment purge :) I think that between that and South Beach, I should be able to find some balance. In consequence, I've started drinking hot water during the day, and I can already feel a bit of a difference in the way my body reacts. I feel more hydrated and I find it calming (I've always loved herbals teas and found them soothing. I have no idea why I don't drink them more often).

School - I'm nearing the home stretch for my uni class. Next week is the last class. I need to get my butt moving! As for Judaism class, we just got back from Pesach break. Last night's talk was on Yiddish language and culture, and it was fascinating! In Hebrew class, we've started our second textbook. The first book deals solely with learning the aleph-bet. The second book deals with grammar, usage, and root-words. I am LOVING this :)

Everything else - I flew to Chicago to visit Rob over Easter weekend. I helped his mom prepare the Pesach seder, and apparently next year, we're having it at Rob's house and I'm cooking! I'm excited and terrified and THRILLED :) I've always wanted to be able to do stuff like this. I have a bunch of ideas and I want to try to do the haroset differently (wine-free, since I can't eat it otherwise... I made it this year, but with wine in it, I felt SO horrible after the meal and couldn't figure out why. Moron.) The visit was too short, as always, but we're planning a family vacation (with all the kids) to the Catskills this summer. I'm very excited! Kari, Sue and I are heading to Maryland Sheep and Wool Festival the first weekend in May. I will keep everyone posted, because there will be podcasting AT the festival and much fun will be had! I know I keep promising pictures, but I'm lazy. I can't take pictures with my phone and then send them anywhere, and I never bring my camera anywhere. I'll figure something out, I promise!